Warning: fread() expects parameter 1 to be resource, null given in /home/beesocialpk/tekclue.com/wp-includes/functions.php on line 6030

Warning: fclose() expects parameter 1 to be resource, null given in /home/beesocialpk/tekclue.com/wp-includes/functions.php on line 6033
 Best Projectors for bright rooms | TekClue 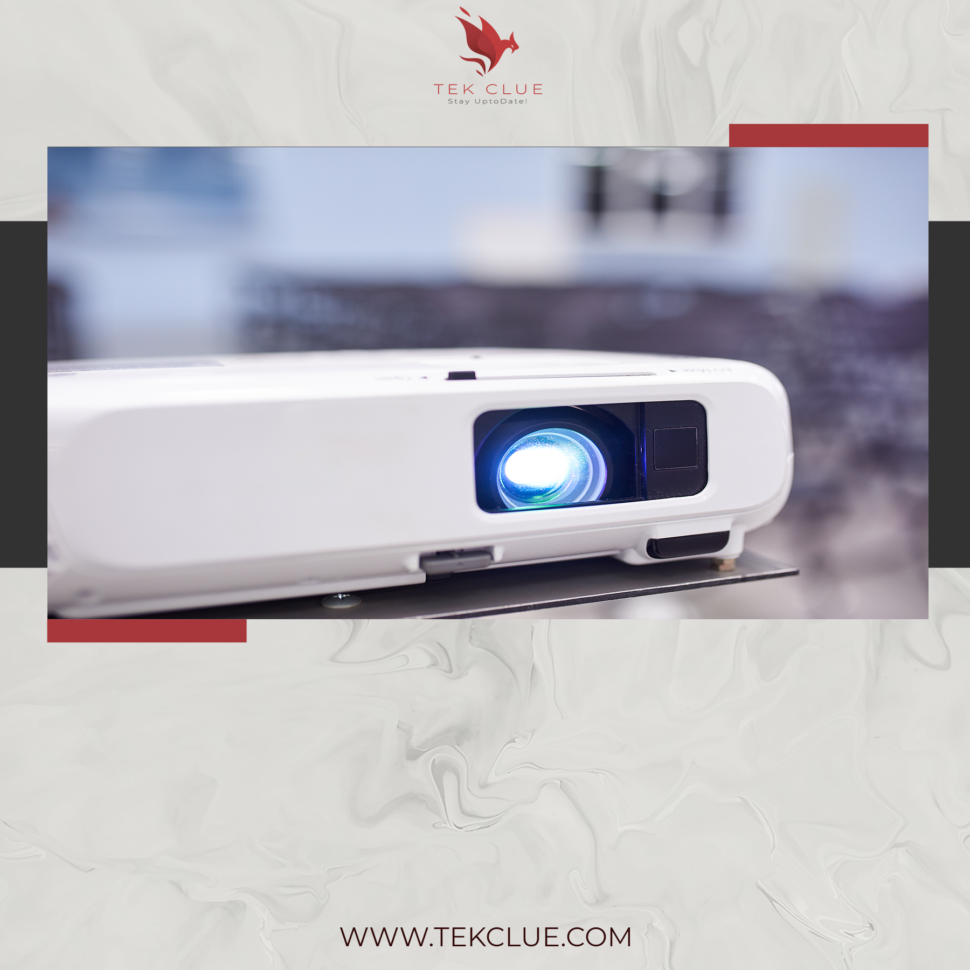 Advanced projectors can deal with brightness to some extent, so if you are unaware of this, you can opt for a product that can help with the sun shining on the outside on its own. As light strikes the display, the projected picture becomes less vivid, dimmer, and more challenging to view in general. Dark scenes become difficult to view in the worst situations, although lighter scenes lack the luster that they would be having in a truly dark space. That’s not nice! Fortunately, there are several alternatives.

After investing in curtains and shutters getting an extremely bright projector is probably the first and most effective way to counteract the influence of light intensity. If you have at least modest power over the light source. 1,500 to 2,500 lumens can suffice for your bright place. Other than that, selecting a projector out of the list we got all sort out, especially for you.

The Epson Home Cinema 2150 is a home entertainment projector, which means it’s bright enough to be used in spaces with much less illumination, including most living quarters, media rooms, and bonus rooms.

It isn’t so vivid, though, that it can’t be used in a mostly darkened home theatre; in reality, it’s ideal for it. In terms of light, the projector finds the sweet spot, and that is why we got it on our list. It has a quiet fan. It becomes heavier and more obvious as the lamp heats up, but it is also silent enough that we cannot hear it when watching action films or ones with a lot of music. The fan can be heard when there’s nothing but dialogue, but it won’t mind anyone in their entertainment times.

Coming up with many short- and long-term benefits this projector has paved its way into the good projector spots in our device lists. With a pretty affordable price, Epson Home Cinema 2150 is quite a reasonable option for many of us. So, get in search mode and bring yourself a projector that works well even with lights on.

The Sony VPL-HW45ES’s 1800 lumen output intensity ensures a vivid, sharp image even in brightly lit rooms, but we recommend turning off all the lights to appreciate whatever this bit of equipment can do, which is fascinating to think of.

The Sony VPL-HW45ES continues to stand out as a state-of-the-art specialized home theatre projector for two thousand dollars or less if you are not using any additional lumen capacity to counteract the light source. It’s easy to use and intuitive.

As we are well aware of how projecting rays tend to condense or miss up some parts of the viewed screens, but without sacrificing any of the vibrancy, a palette is developed. Also, checking up to the list of a good output projector we get all this at an affordable price, a worth-it investment. So don’t miss your chance of upgrading your tv to a much modern setting or replace your old projector with one of the best projectors for bright rooms.

A flat-screen Television can be far more expensive, and it also won’t be able to show a picture as large as a projector.

The BenQ TK800, however, is capable of more than just delivering a 4K actual image: it also fully supports HDR, making it suitable for streaming movies interactive gameplay or perhaps even watching the big game in your luminous media room.

BenQ’s latest 4K color panel, is equipped to provide 92 percent of the Rec.709 image pixels with greater accuracy. The projector’s 120 Hz reset speed is also designed to remove image distortion, resulting in photographs that are both realistic and vivid even in a room where ambient lighting takes its space.

The dark scales and shadow details are a bit weak, but it works as fine as a new in a room with ambient light, and this is our main concern right now. This might prove to be the luxurious necessity of your life. So, get your home happy and warm by bringing this to your family, and don’t miss this chance to uplift your game!

(The Hero of Light)

With a modest return in the offering services of a certified ISF expert, you can reap the benefits of this efficient ISF day and night viewing modes of the Acer H7850, which aims to maintain that you will be getting the best home entertainment projector experience at any time of the day, and of course, the lighting won’t be affecting the quality of the projection.

It has a reasonably sharp and crisp 4K UHD display and color accuracy that is within a reasonable-looking spectrum, enough that no tuning is needed to get a truly delightful shot. Producing strong blacks, distinguishes dark features effectively, and has exemplary difference and three-dimensionality for SDR input. It loses some shadow information distinction and leaves some dark areas stronger black than the others for HDR inputs, but it still produces a convincing picture.

With a rich output that is not affected by any ambient light, and fairly working hard to replace your television or laptops for a good arena regardless of day or night, it’s worth it device that you should make a part of your house for better.

Despite its problems with the brightest HDR components, it appears more compelling with HDR than other projectors for the majority of the period.

The UHD52ALV is simple to set up throughout configuration due to its small size of 5.1 x 15.4 x 11.1 inches and weight of 11.75 lbs.  It’s also lightweight and portable, making it ideal for transporting from table to table or to the outdoors, where you can use the built-in 5-watt sound system or attach it to an additional stereo system.

It was light enough just to create a worth watching movie throughout the day, as well as an excellent image with strong intensity of black level, and color accuracy. Being one of the best options to own from this list, it will be a disappointment to lose such an opportunity. So, without wasting a single minute get yourself an Optoma UHD52ALV.

The Digital Micromirror Device, which is centered around all DLP technology, is possible to replicate its received source data for every projection, ensuring that it does not fade with time.

As a result, the ViewSonic DLP projector practically eradicates image deterioration and consistently offers completely fresh color results. The ViewSonic PX747-4K has a light span of up to 15,000 hours if Eco mode is turned on. One should typically expect it to air on slightly higher than the average for lamp-based projectors when it’s turned off. In any case, you’ll get a lot of value for the money you paid, with this projector.

Flexible installation was made easier thanks to the 1.2x zoom projecting lens and many more connectivity options. The PX747-4K offers a realistic-looking color and quite a sharp image home cinema user interface. And much more left unmentioned is waiting ready to be on your tables. So, get up and put all this in your possession… Buy now!

tekclue.com is a participant in the Amazon Services LLC Associates Program, As an Amazon Associate, we earn from qualifying purchases but there is no difference of price. All logos, trademarks, and images belong to their respective owners.